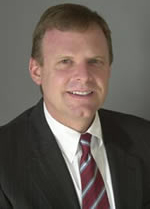 Eric L. Webb is a founding partner of Webb & Ord. Mr. Webb graduated from the Duke University School of Law in 1993 after earning his B.A. from the University of North Carolina at Chapel Hill. Mr. Webb has tried over 30 cases to verdict.  He is a former Special Assistance United States Attorney, Air Force Active Duty Judge Advocate and Army Reserve Judge Advocate.  While in the Air Force, Mr. Webb was the lead claims officer for the base level Judge Advocates in Hawaii and handled dozen of Federal Tort Claims.  Since entering private practice, Mr. Webb has continued to use his knowledge of the government claims process on behalf of military members in military medical malpractice actions.  Over the past few years, Mr. Webb has obtained judgments and settlements in excess of $7,000,000.   Mr. Webb is a past Chairman of the California Bar Federal Rules Committee for the Central District of California, Litigation Section. Mr. Webb is a member of the State Bars of Georgia, Colorado and California and is admitted to practice before all courts in California.  Webb & Ord handles Federal Torts Claims Act actions against the military and medical military malpractice claims throughout the world.